Printed in the United States of America

Thomas George Wiswell was a noted problemist, publisher and player. In his lifetime he only won one major tourney that was the 1938 New York Masters. However he compiled an excellent record in match play.

Tom Wiswell until his retirement was famous for his cross country exhibition tours where he promoted the game. Most will remember him as a great checkers educator throughout his many publications.

To name just some of his publications and contributions 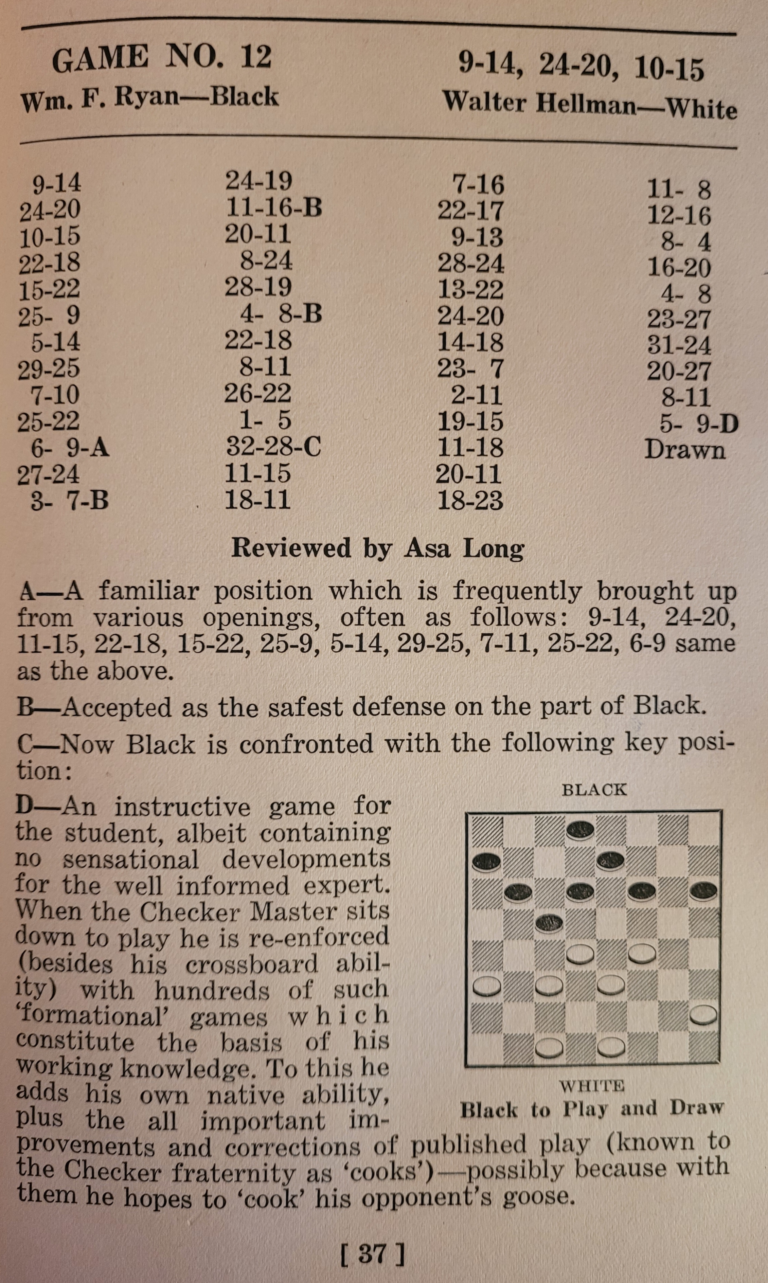 It is mainly a collection of match games with a few problems rounded up by Wiswell. The game is neat and well executed by some of the all time greats with some bio sketches. If your looking for Ryan vs Hellman or Hellman vs Long then go no further.

For the mere beginner not so interesting as it is a collection of World Championship Games. It is aims for the advanced player or the master and grandmaster level.