Starting Out in Draughts 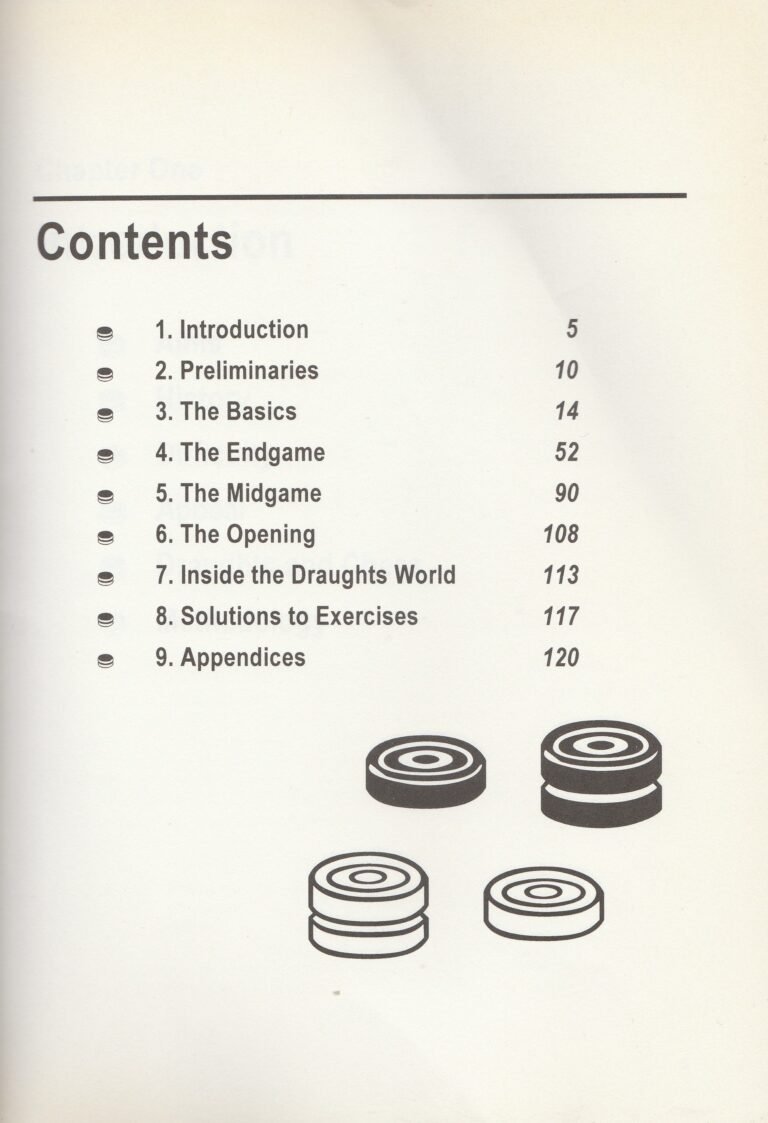 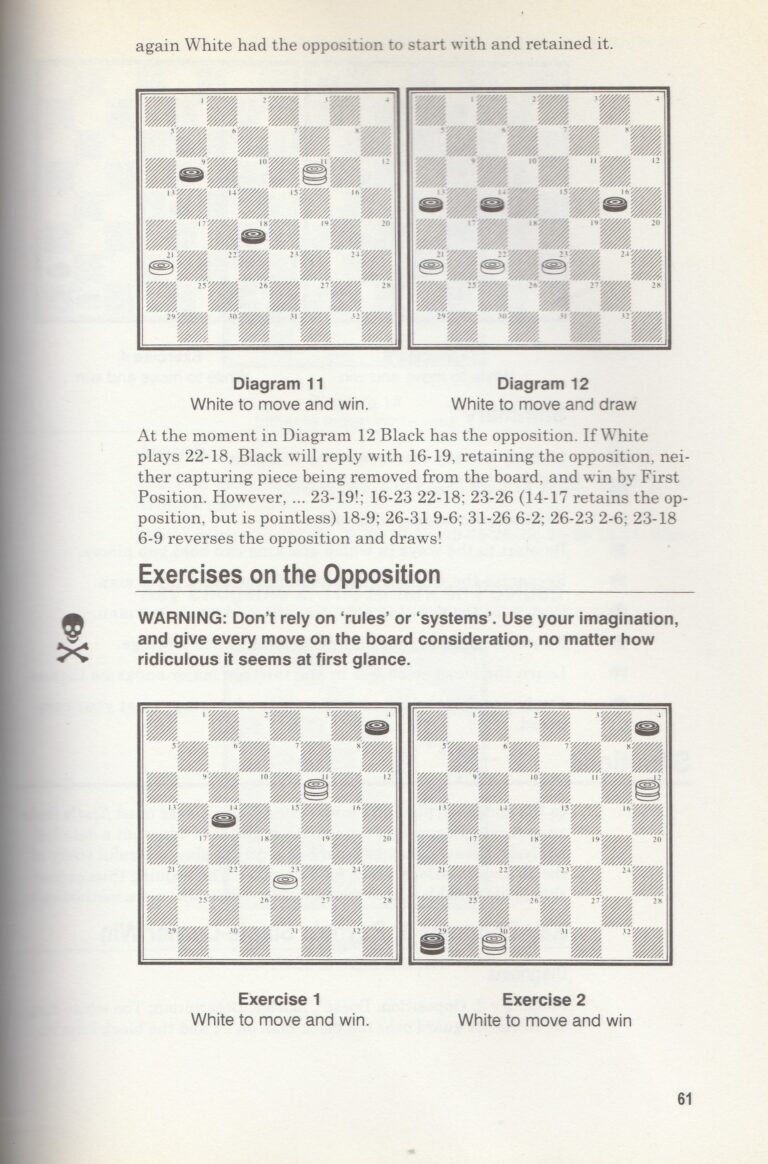 This is a beginner book with in my opinion the best learning curve. Richard Pask aims as usual to give as many beginner and advanced ideas to put up a decent fight against even a lower expert level player. If you are starting out or want to go over the most basic ideas and structure it is one of the best if not the best.

It is a very comprehensive and compact book that gives you the best idea about all very important things and touches on some advanced subjects. I do like it as it has a good visual appeal. I do prefer it over his other beginner books. Would be one if not my first picks to recommend a beginner. I still like to pick it up now and then just to retain and refresh my brain with some of the problems in the book.

Long being out of print. Do look for the Starting out in Draughts version not the Checkers. Be at bit wary it looks like someone picks up the Checkers versions and makes it scarce and expensive at some reseller sites. If you fancy a free beginner book by Richard Pask you might as well go with Checkers for the Novice.