a sequel to Gould’s Historic and Memorable Matches

Published and Authored by Jim Loy.

There is as well an index at the end listening the individual openings played. 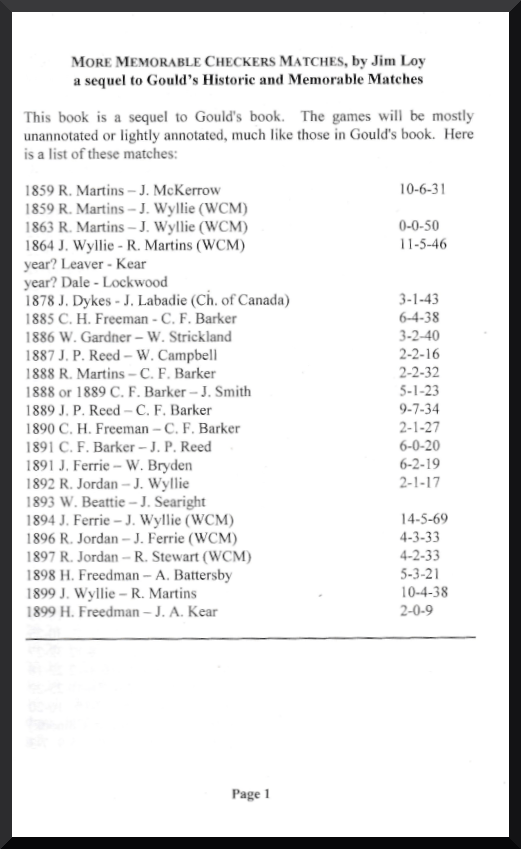 Simply a collection of games without comments but with occasional short remarks on the matches. 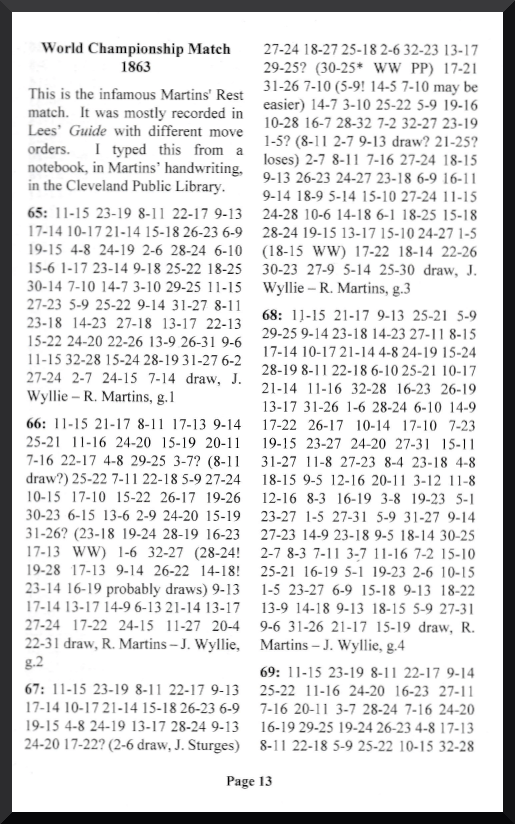 For the beginner, not the best place to start but well worth it for people that do not own a rich library of old magazines or early resources yet still enjoy good games. For the collectors unless you can obtain all the sources. Which will prove rather difficult if not impossible after all.

A must for all history and early game fans a definite must because early sources are rather hard to procure or extraordinarily expensive if not in museums. Expert and above might stray for inspiration but beginners, not the book for you unless you do plan ahead in your checkers education.