It is to note that this great work was restored and republished by Bob Newell, John Acker and Jim Loy. Thank you for publishing this true classic. 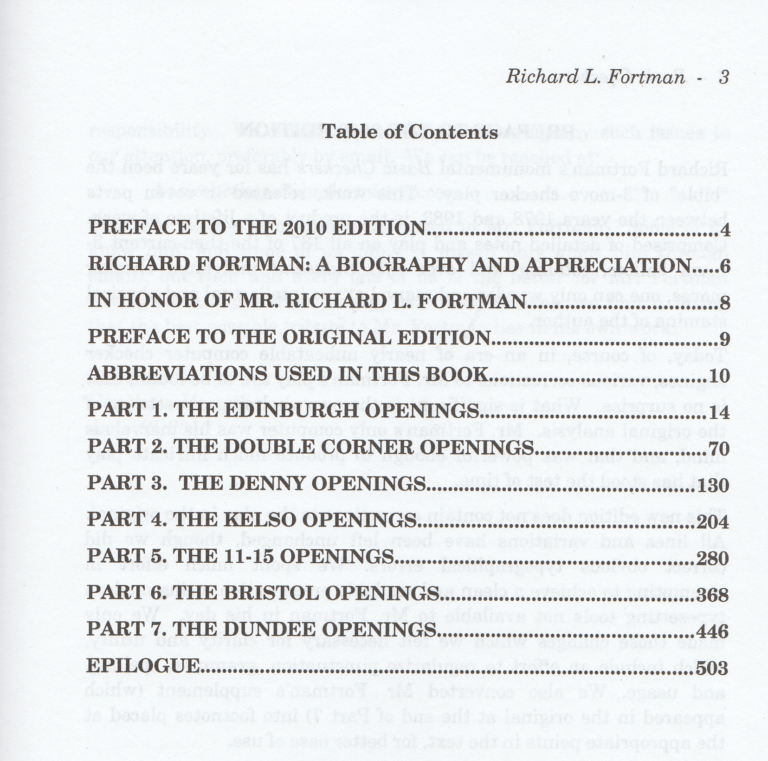 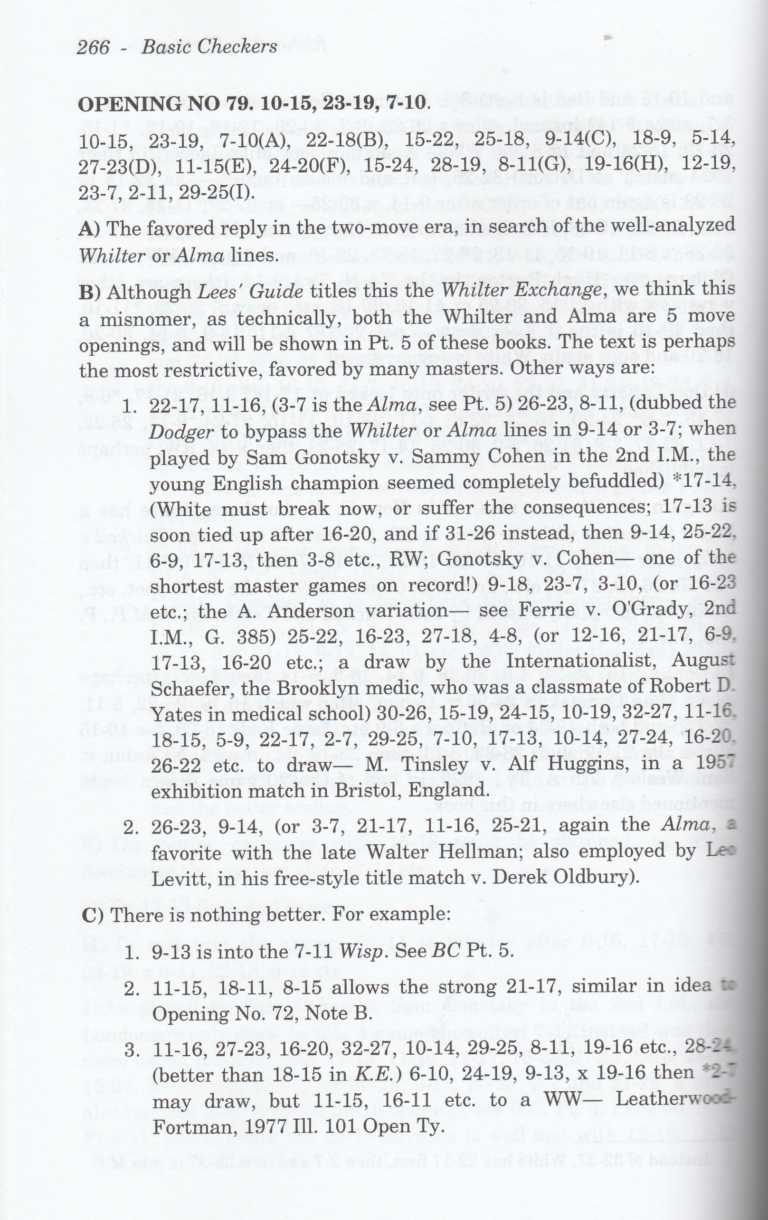 This book like most of the other Opening Guides is definitely for the expert, master, and grandmaster to strengthen his understanding of published play If you are starting it is not the book for you. It is still one of the go-to Guides in every serious Checkerists Library.

It is a very big work in a textbook style. It has at times lengthy explanations on most of his variations, unlike Complete Checkers. Basic Checkers might be the lesser page volume with just 504 pages compared with Kears Encyclopaedia that is 506 pages and Complete Checkers with 711 pages. The play in the volume is not program or computer checked so there is surely more faulty play but it did a great job to preserve the charm of the original 7 volume in spiral binding.

The commercial 2010 version if available at

If you do prefer the original 7 parts issue then