The Checkers Games of Elbert Lowder

Who was Elbert Lowder

The youngest of thirteen children, he was born and raised in Albemarle, graduating from High School in 1950. Following that, he served in the U.S. Army in the 1950s, most notably in Italy, later he made his living selling, tuning, and repairing pianos.

His true calling, however, was in the field of playing and analyzing the game of checkers. He won the North Carolina Open Tournament for the first of 34 times in 1952 at the age of just 20. Some of his top achievements are that he would become the World 11-Man Ballot checkers champion and had two separate attempts to become the GAYP and 3-Move World Champion. All in all, he played in at least 284 checker tournaments locally, nationally, and internationally over 57 years.

The book misses an actual page index and list of opponents but has games grouped into openings near the end of the book. 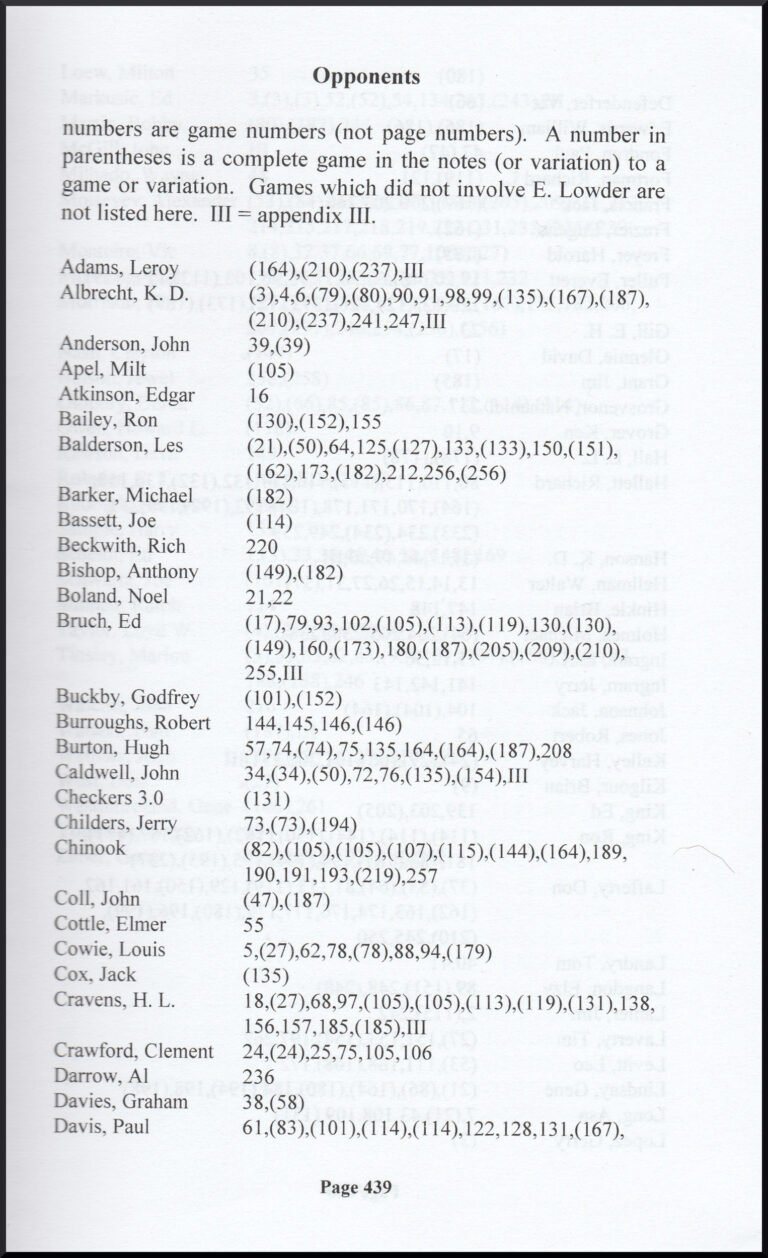 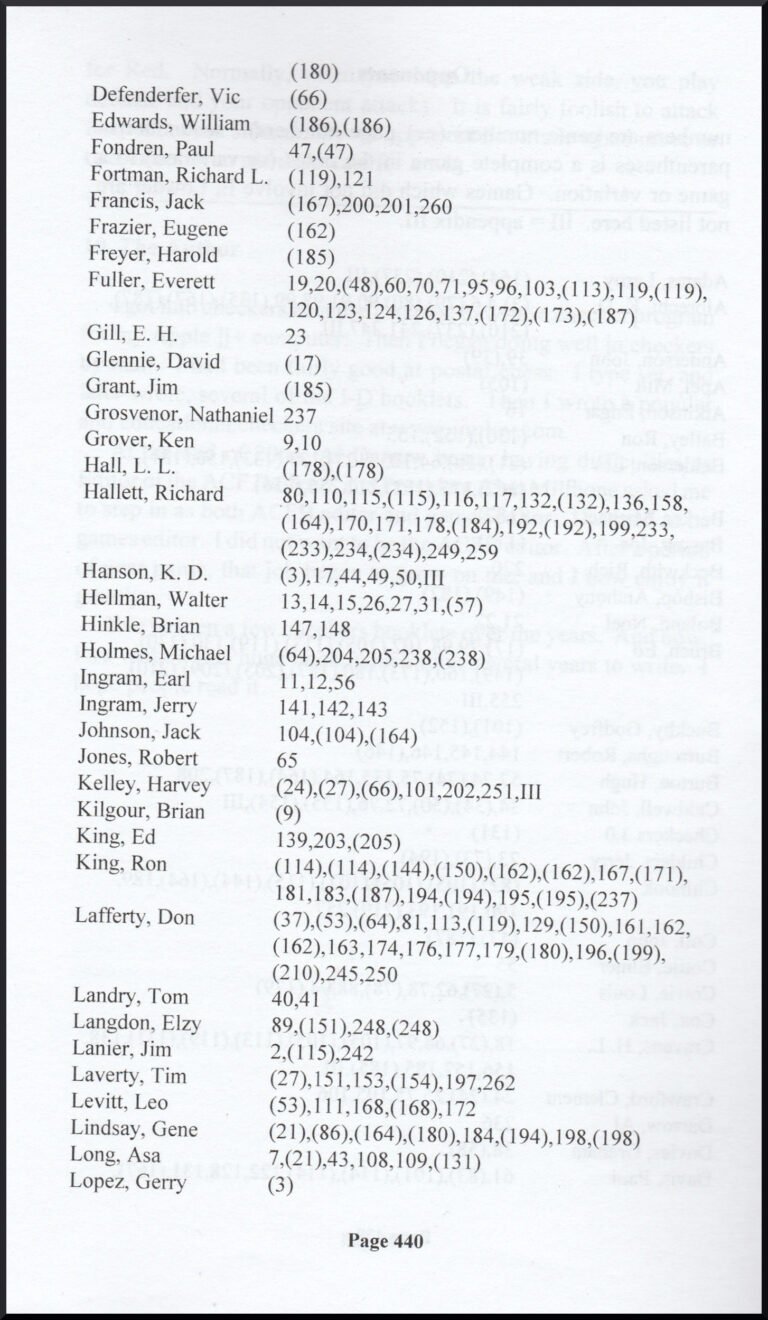 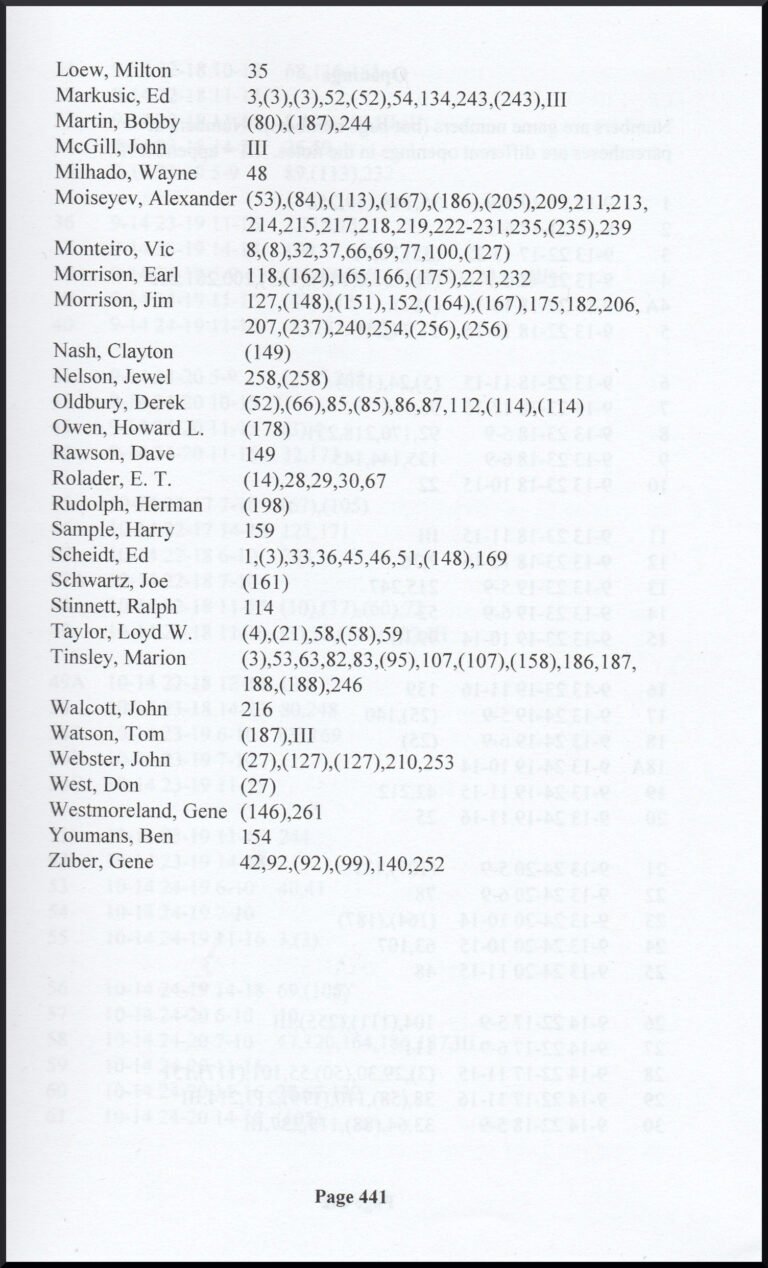 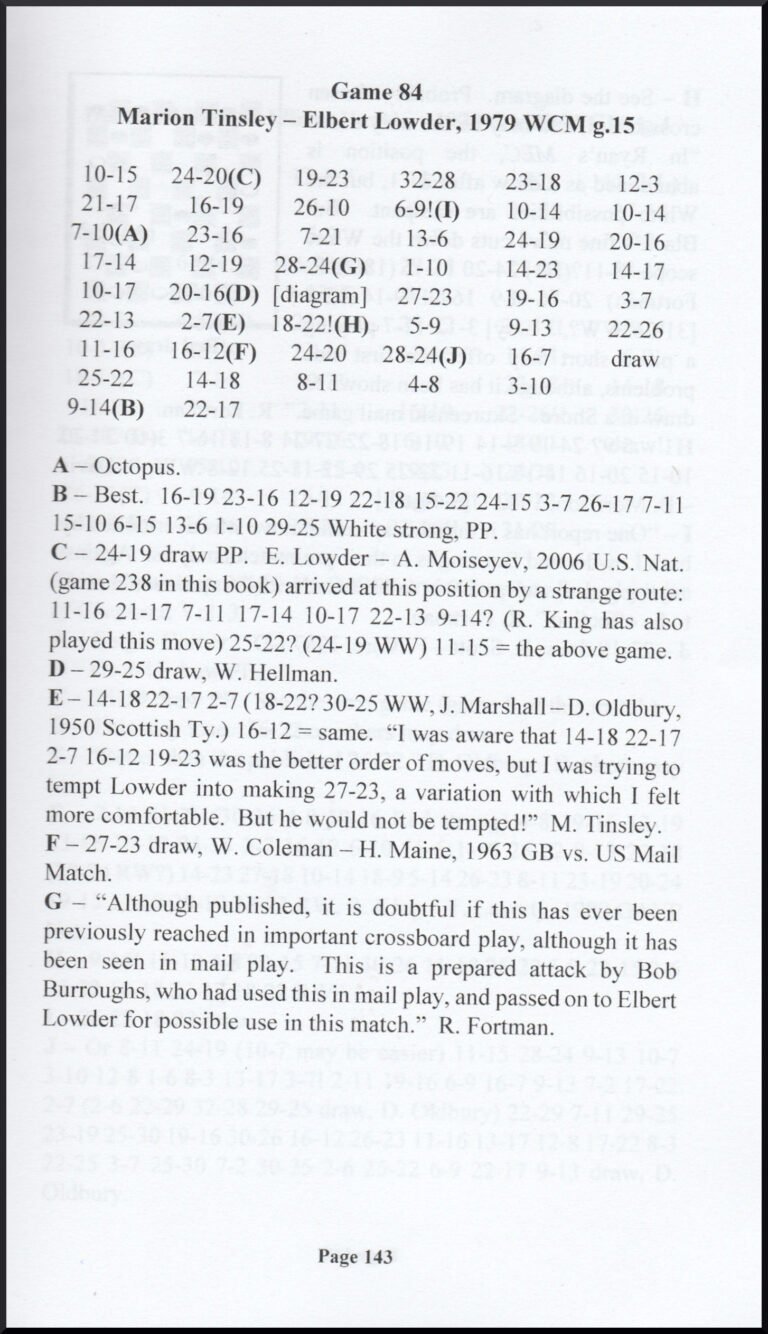 For all of you admirers of the history of the game and which are interested in a collection of games of Mr. Lowders. Where else you do find all of his play in one place it is usually scattered all around the centuries. Is it complete? No by no stretch but it is to Honor Mr. Lowders legacy and life commitment to our game. A real must for collectors and lovers of good games.

It is to honor Mr. Lowders legacy who used to be one of the top US grandmasters during his life and a very strong crossboard player. Well worth it for any draughts history lover, book collector, or admirer of good games.