Scientific Checkers Made Easy – An Simplified Guide for the Beginner an up-to-date manual for the advanced player, Illustrated by many new and original examples of actual play and illuminating anecdotes. 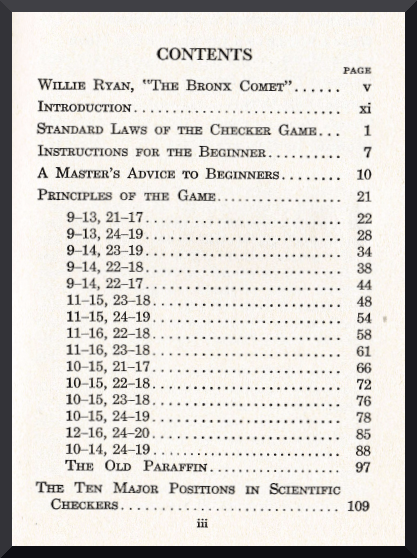 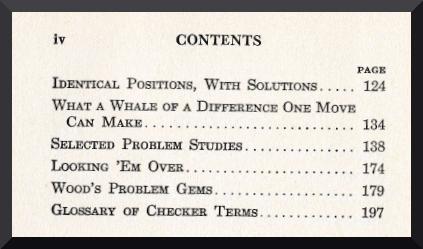 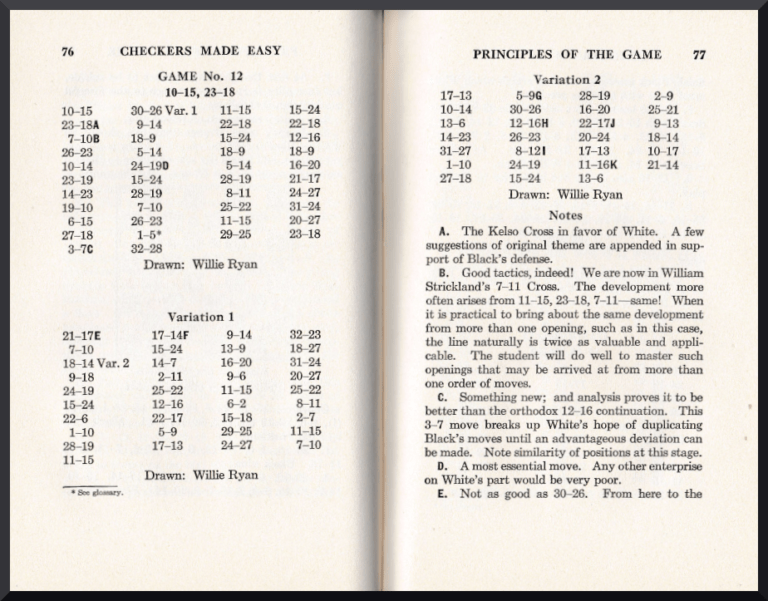 While I would classify it into the opening guide it is a mixed bag out of different things. The book is more seen as an addition to existing work as it focuses on some rather complex openings that had the scientific interest of the time. It contains a rather big problem section that highlights the importance of the problem-solution aspect of the game. It aims at the advanced players who would like to go into the scientific dept in some of the openings listed. Collectors surely one of the easier must-haves to grab for your library.

A classic that highlights some specific play lines so it’s overall a good book to add to your library. Not a wide variety of openings in it but a must-have if you are looking for something specific. Yet fun and entertaining as Ryan likes to mix up the openings with some nice anecdotes and insights.

A free digital version on archive.org but you will have to lend it for copyright purpose