The Art of Checkers

The Art of Checkers

Top Secrets Revealed by the Masters

Considered one of the best Canadian players in history. He did hold the Canadian Match Championship for over a decade and was a Professor of Humanities at St. George. At one time he was rated top 5 in America having beaten such players like Newell Banks, Richard Fortman, Norman Wrexler. He did have two losing efforts against Tom Wiswell for the Go As You Please World Championship. He did author or co-author several books most notably “The Inferno of Checkers” and “International Checkers and Draughts”.

Thomas George Wiswell was a noted problemist, publisher and player. In his lifetime he only won one major tourney that was the 1938 New York Masters. However he compiled an excellent record in match play.

Tom Wiswell until his retirement was famous for his cross country exhibition tours where he promoted the game. Most will remember him as a great checkers educator throughout his many publications.

To name just some of his publications and contributions 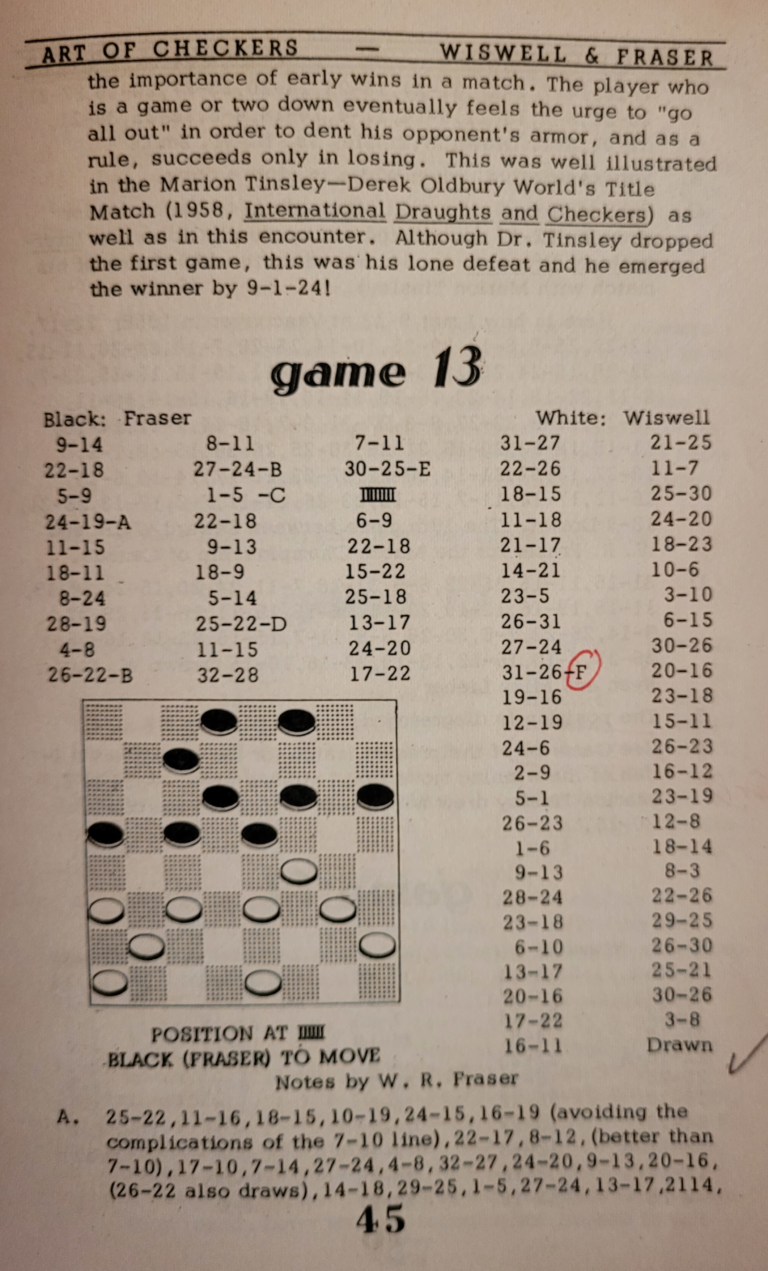 All in a all a fine publication of both gentleman. It is a small handy booklet that is well worth having in your collection.