The Clapham Common Draughts Book – A Guide for Beginners

Edition reviewed: Not mention but was advised it is 1973 EDA reprint version

For fifty years an acknowledged expert, Mr. Trott had one hobby only, Draughts. The Founder of the Clapham Open Air Club in 1922 he never missed attending for upwards of forty years, while his writings and problems were of worldwide repute. His forte was instructing aspiring novices in the elementary stratagems of the game; while he would not admit this “I do not advertise” his hope was to achieve a niche in the history of Draughts as a teacher. This he certainly has done; consulted often by experts and novice alike, Mr. Trott would always help to the best of his considerable ability. “We shall not see his likes again” is not just a cliché in his case. Just now we could do with a few G. E. Trotts. – taken from J. O’Connor in the English Draughts Journal Vol 6., No. 3, December 1966. –

He started playing in 1910 then in his early teens when he used to accompany his father to some of the draughts matches. Like his Father and Brother George who were both English Amateur Champions, he was very interested in the game. He played regularly for his local club and also played for Sheffield and Yorkshire on many occasions, he became Sheffield Champion in 1931. He joined the English Draughts Association (EDA) in 1942 and played in Correspondence Tourneys during World War 2. He won the British Correspondence Championship in 1956 and did captain the British Correspondence Team against America six times. In these contests, he won 3, lost 1, and drew 36. He became an official Referee for the EDA in 1956 and refereed many important matches including the 1958 World Championship Tinsley against Oldbury. He started the EDA Journal in 1960 and edited it until March 1968. He was EDA Treasurer from 1958 and had a double role as Secretary/Treasurer from 1960 until 1967 when ill health forced him not to stand for re-election.

It has no actual index so I did scan the preface. 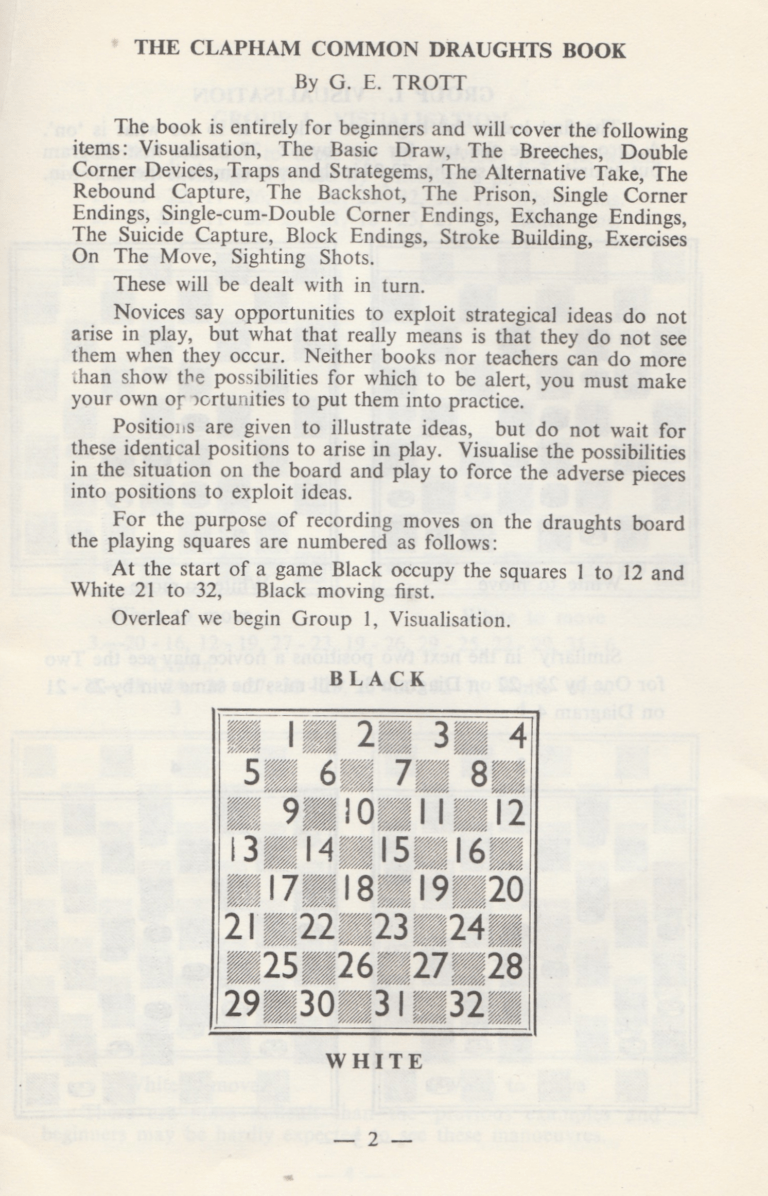 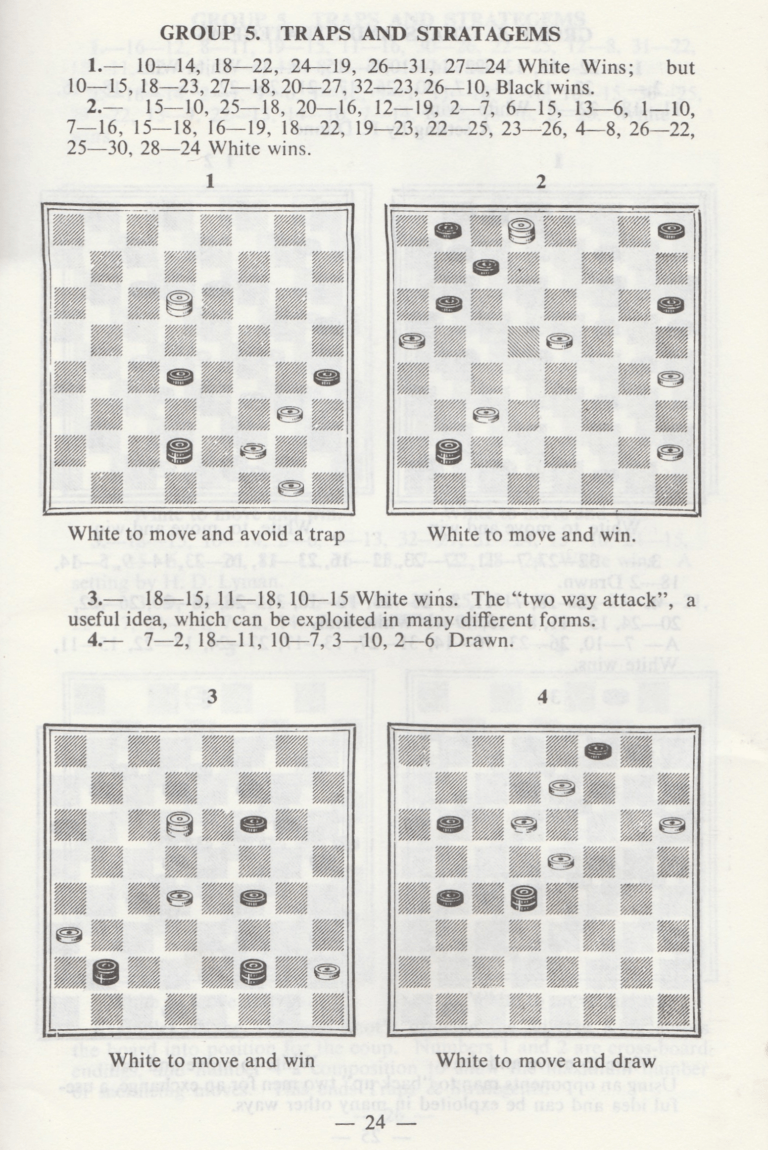 I would recommend this for the advanced or expert player that has some knowledge and would like to develop his visualization skills in a very smart and compact way.

I would recommend this book to every expert or advanced player due to its sheer compactness and composition of important topics. If your looking for a books or guide that explains all things happening in great detail then it is not for you.

You can download by clicking on the download imagine. Please do visit Bob Newells Checker Maven as well. His site is a rich checkers resource! Make it a favorite!