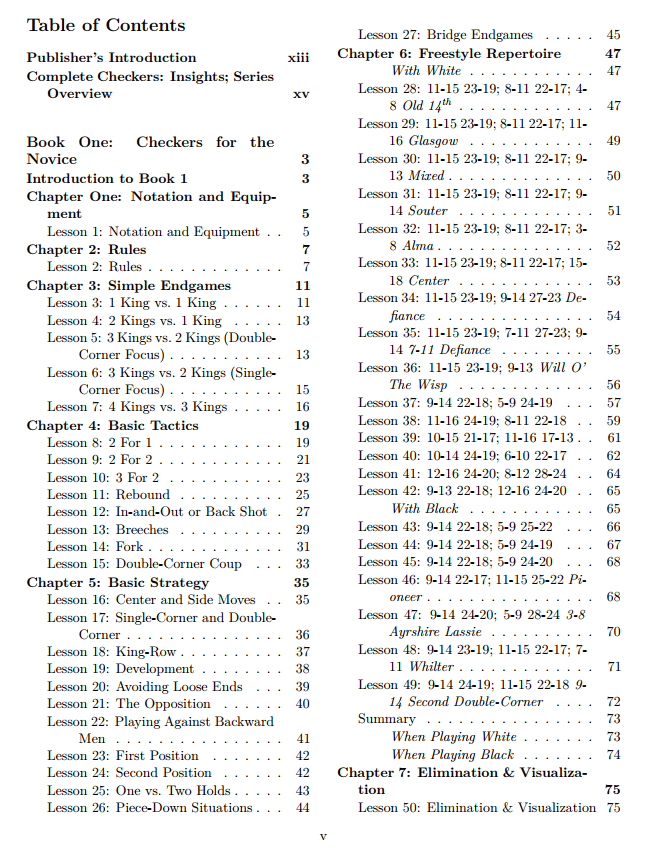 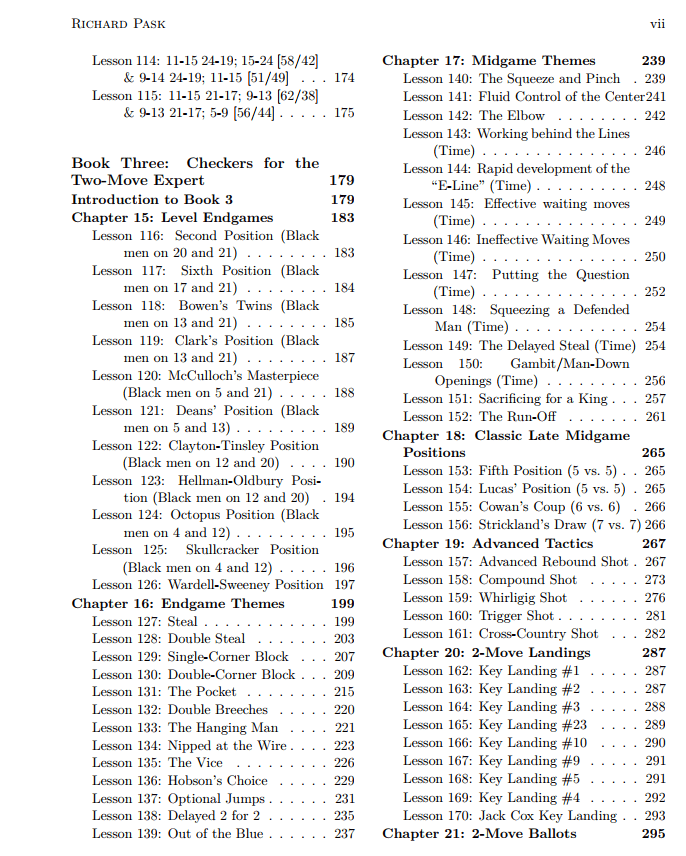 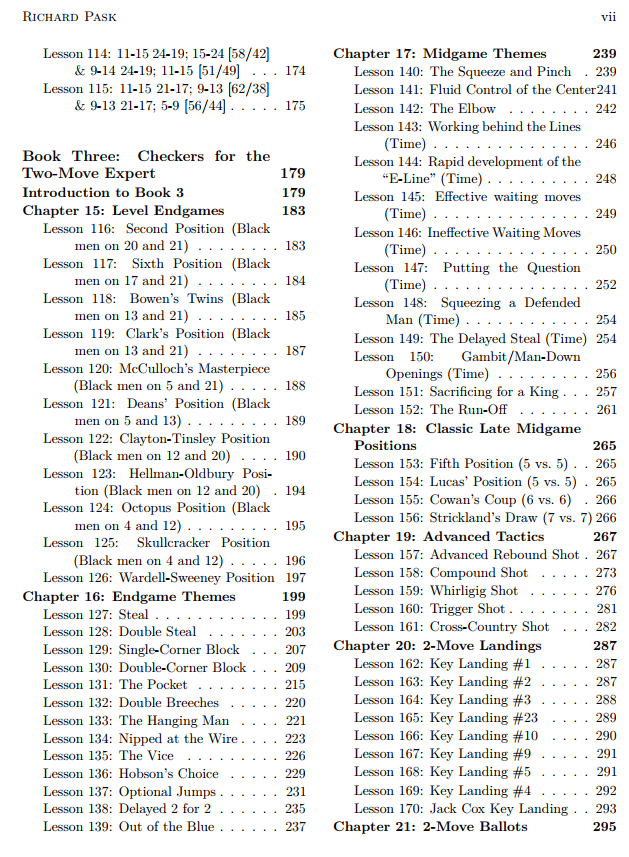 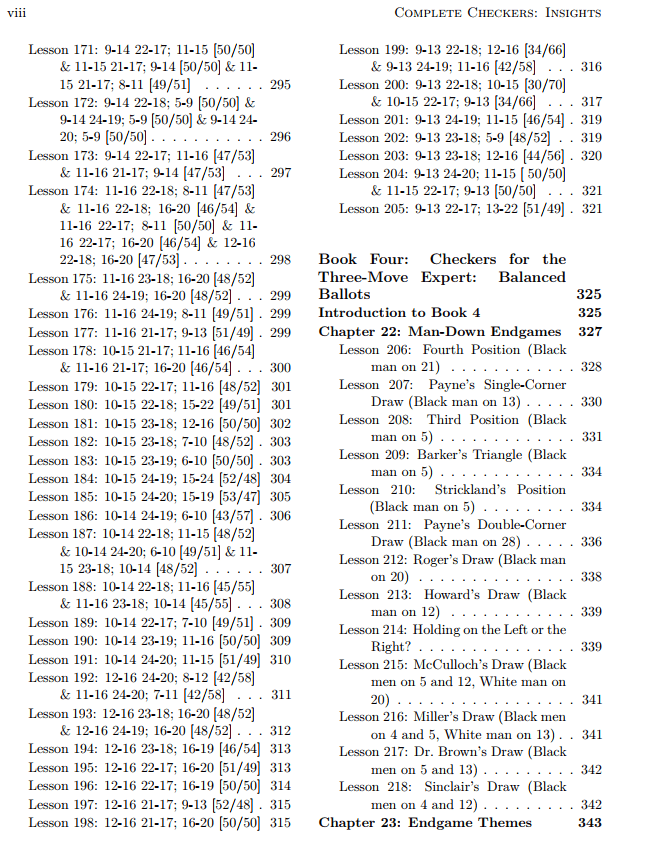 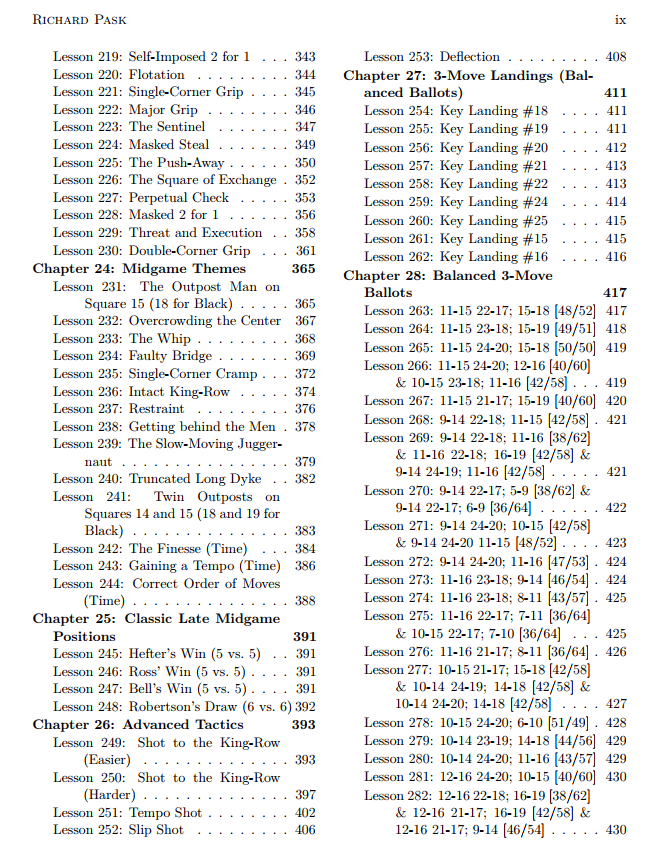 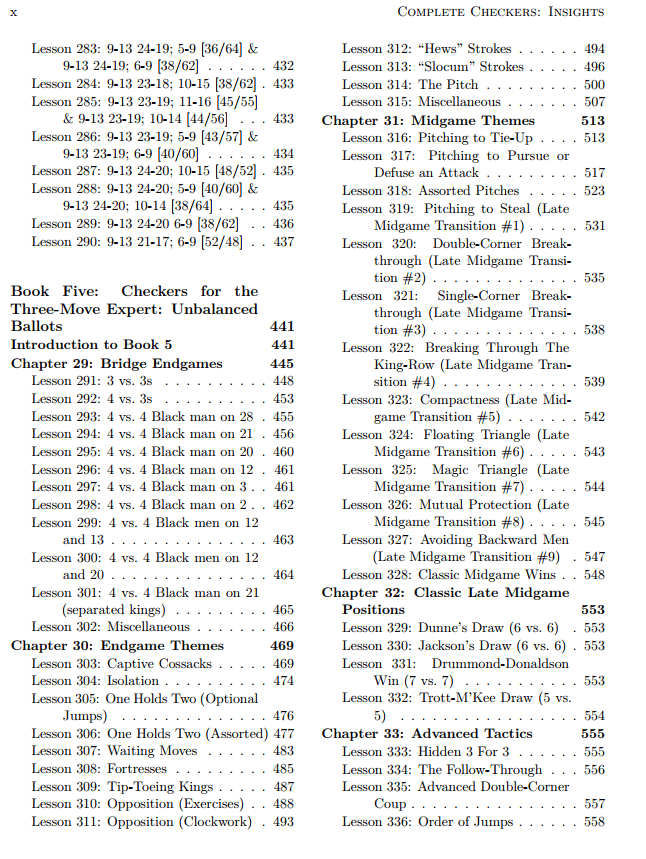 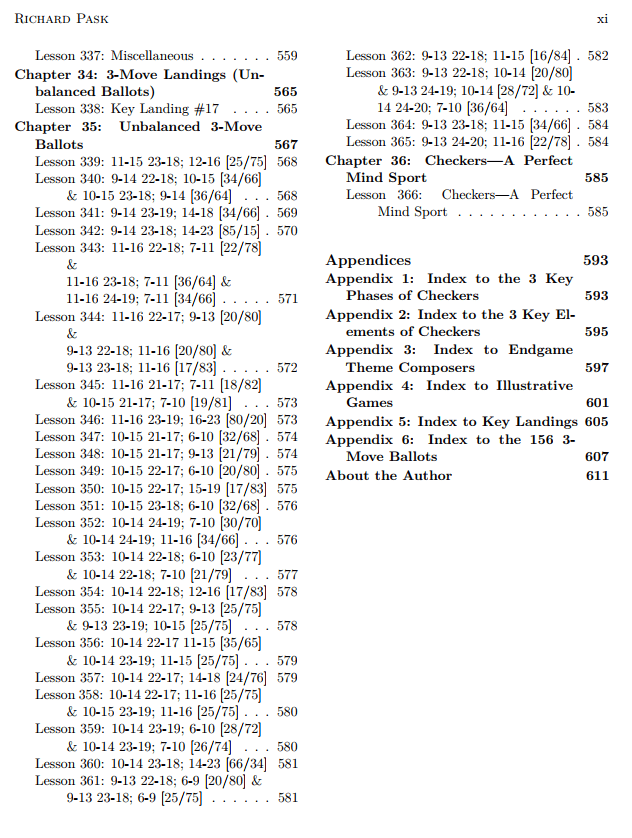 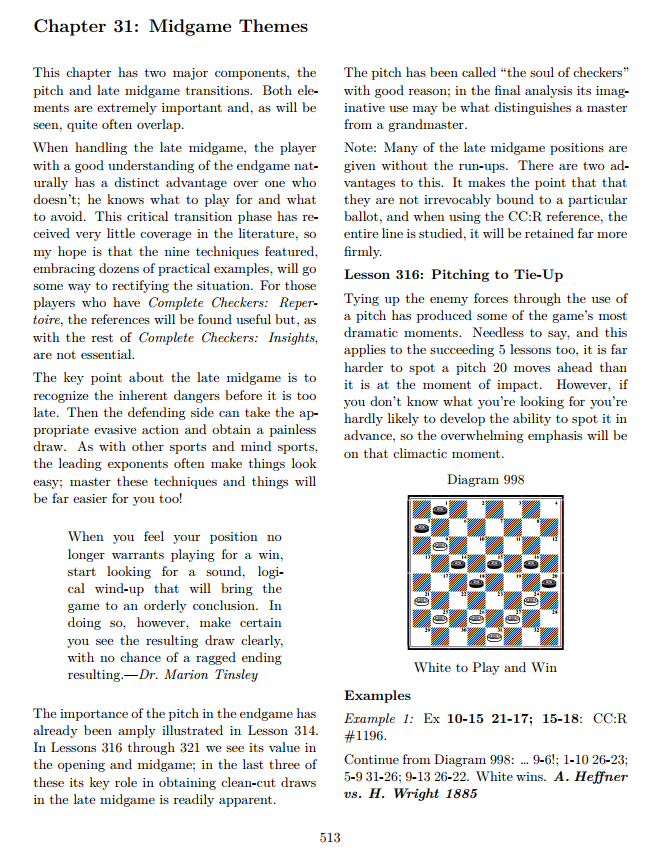 The book aims to give the foundations and skills required for every beginner. It will help this player to reach a serious and competitive level. I would rate this even higher than Starting Out which if I would recommend first due to its compactness in size with Complete Checkers: Insights the most complete and compact book that you would need to level up your game.

All in all Richard Pask did outdo his past creations. While one has to admit some were addressed towards the more advanced to master level. He outdoes himself in this book. Compressing content that is in various very valuable and rare books. I guess we do have a new go-to book for the aspiring beginner up to master level.

or if you do prefer a commercial version of it on

Starting Out in Draughts