Reprint of 1889 Edition with 44 numbered pages.

Born in Birmingham in 1860 he became a plumber by trade. In 1884 by then already a formidable match player he did join the English team in their first International Match against Scotland. He did win the first English Open in 1885. For a while, he edited the English Draughts Player magazine and a column in the Northern Leader. He passed away in 1890 at just 30 years of age due to paralysis.

He was born in 1858 in Boston and had quite a variety of jobs in his life being a chemist, printer, barber, and clerk, etc. When he was just 15, he met the famous “Herd Laddie”, making the creditable score of 3 games won, 10 lost, and 12 drawn. Being an avid match player he quickly rose to fame and beaten several noted players for the Championship of America which was then a disputed title.

In 1907 he did manage to cement his American Champion title by winning the first American National Tournament at Boston.

For many years Barker edited the checker column in The Globe, and he did publish two books on the game, “The World’s Checker Book” and “The American Checker Player”. He was as well as one of the players behind “Ajeeb” the automaton chess and checker player. He passed away in 1909 at the age of 51.

It has no actual index so I did just scan the page that shows the games played and the score. 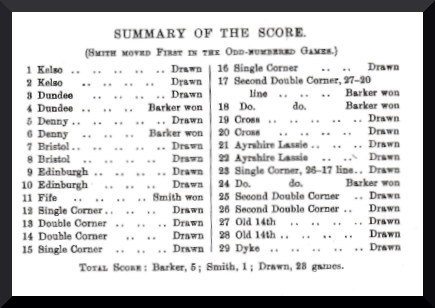 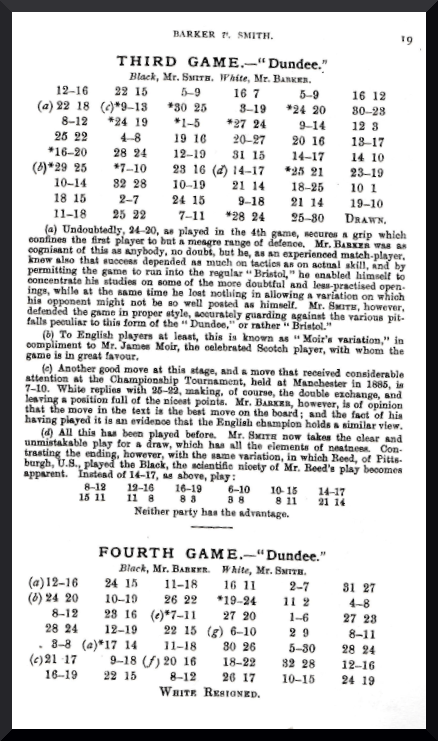 Match books are to see some nice games and to get a idea of how historical match play was conducted. It is a great tool to see how they did do organize the match with the story of the match, bios and the actual match contract. I would recommend for everybody interested in some match or tournament games and has an interest how those matches were conducted and organized.

It’s a good matchbook and the only thing one can critique is that there are no pictures of the event or the contestants. All in one of the finer matchbooks.

A very find matchbook, I did get a reprinted version of an Indian bookbinder and publishing house which did a splendid job and did actually even clean up the booklet and didn’t just copy and paste the online version of the PDF like some other publishing houses do. The binding is tight and the paper is of good quality so all in all a very good buy. 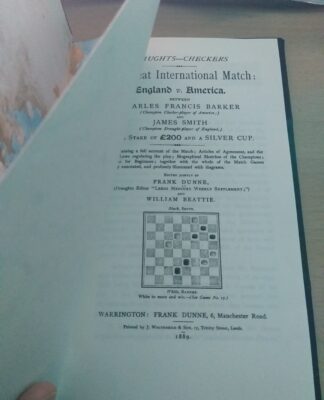 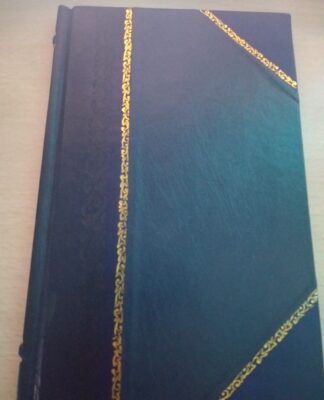 For the free digital version click the image right below.

If you do like old books or reprints and give an commercial seller a go click the image right below.