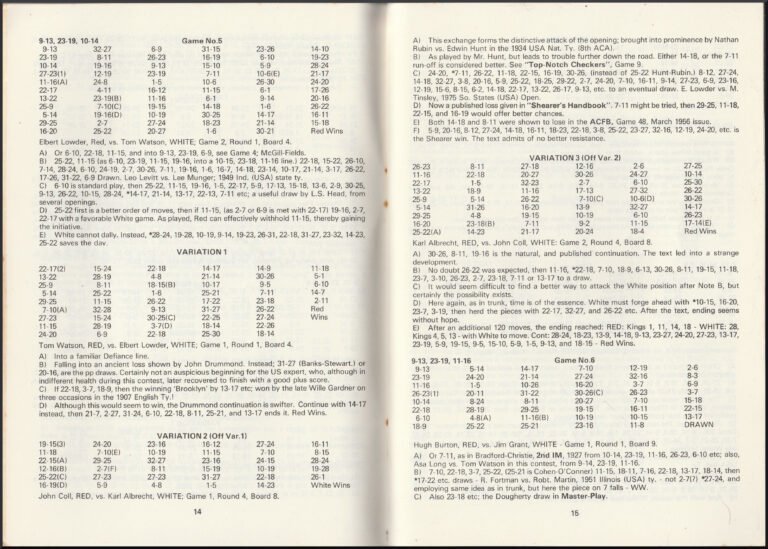 For a collector of games only. Unfortunately due to draughts politics not the best team did compete for the UK. So this is for a collector of well annotated games. Richard Fortman tried to do his best under the circumstances which were plenty.

All in all, from all the International Matchbooks this is the most disappointing. The UK couldn’t get together their best team due to draughts politics. The matchbook is a very compact paperback. Another letdown is as well the portraits in the book and the biographies of the players which are for most parts missing as the players never submitted them. It has no individual player scores listed and the list goes on and one of things amiss. Another great example is there was no space to identify the players in the group pictures so if one doesnt know them one cant to know who is who. Richard Fortman does his best to save the book with his style of annotation but he has to work with what he is given. Due to this and many flaws if you want to miss out on one of the International Match books this is the one you can miss.

Couldn’t find a spare one on usual sources.