Annotated by August J. Heffner – Assisted by a Staff of America’s Greatest Players.

As a player he was outshined by likes of James “Herd Laddie” Wyllie and C. F. Barker. As a problemist and analysist he is one of the greatest in the history of the game. His greatest laurels as a player were Champion of America in 1885 and being a member of the American International Team facing Great Britain in 1905 and 1927. As an author and analysist he was published in numerous magazines and books of the time and did author, to name just a few, a short lived American Checker Player magazine as well as work on the First and Second International match book America against Great Britain. He was as well one of the key figures in the introduction of the initial 3-move ballots. 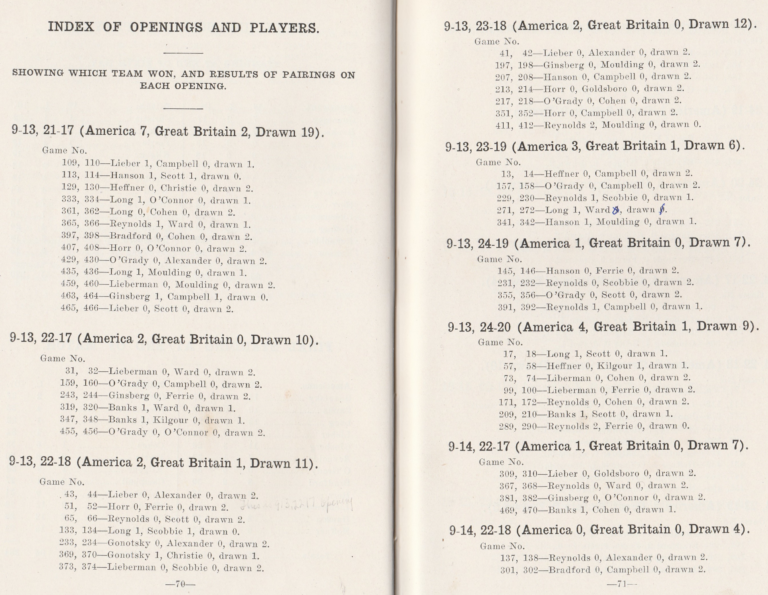 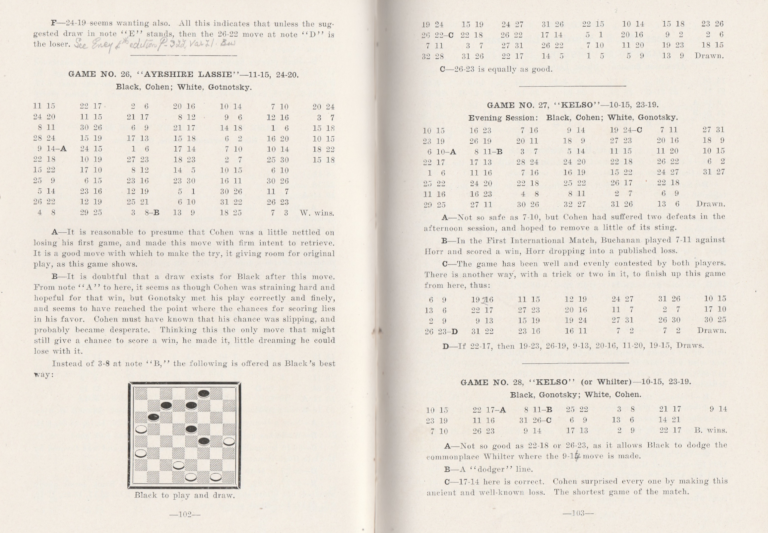 A must have for every lover of games and deep analysis. August Heffner does create his magnum opus here. With the rise of future champions and the last of the “old guard” with August Heffner and James Ferrie passing the torches to likes of Newell Banks, Asa Long, Samuel Gonotsky and Sam Cohen.