The Modern Encyclopedia of Checkers

The Modern Encylopedia of Checkers 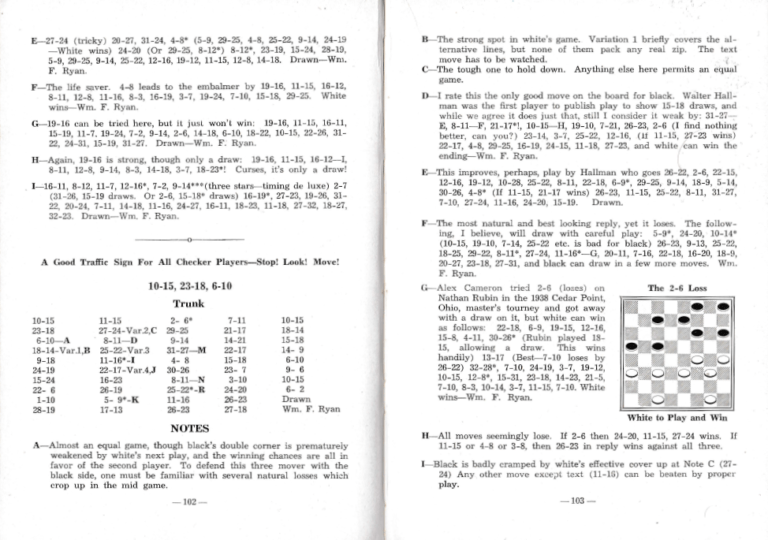 For any researcher of Ryan as it has some personal stories which describe his character and give you some insight. It has a very specific set of opening and explains the origins of some of the 3-move opening names. I would say a welcome addition to standard 3-move works like Basic Checkers or Complete Checkers if you are looking for something in detail on one of the specific openings covered in this book.

A classic that highlights some specific play lines so it’s overall a good book to add to your library. The private part with personal stories and problem section of Tom Wiswell rounds this book very well. Not a wide variety of openings in it but a must-have if you are looking for something specific. Yet fun and entertaining as Ryan likes to mix up the openings with some nice anecdotes and insights.