Henry Spayth was born on 29th July 1825 in Pennsylvania and at the age of three moved to Williamsville and later on going to Buffalo upon starting his business career in 1845.

In 1851 he married Caroline Post, of Buffalo. Their marriage lasted 45 years and they had one son. For some 36 years, he was connected with the Cornell Lead Co., later named National Lead Co., in the various capacities of bookkeeper, director, and treasurer. Mr. Spayths’ motto being “business before pleasure”.

Mr. Spayth for many years was a trustee and treasurer of the Universalist Church of the Messiah at Buffalo and had always taken great interest in the welfare of this organization.

But probably Mr. Spayth will be best remembered by his proficiency in the game of checkers, no less than five books having been written by him.

In 1863, the “Game of Draughts” with 500 games and positions; these were the product of years of scientific study and research, and are today, after thirty years publication, the standard works of authority on the game,and are as well known in Europe and Australia as in the United States.

In 1865 he published „Draughts or Checkers for Beginners“ which is 88 pages and holds useful information for beginners.

In 1895 he issued the “Checker Player” and followed it in 1897, with an “Appendix to the Checker Player”, books with over 1,000 games, in which he has gone more deeply into the intricacies of play than in his earlier works.

From 1860 to 1880 he claimed to have been defeated but twice and played R. D. Yates then World Champion for 4 draws. For over 17 years Mr. Spayth was considered the champion player of the United States, finally being defeated by the great Scottish player, James „Herd Laddie“ Wyllie and former World Champion with 6 draws and 2 losses.

Begin of 1880 he retired from the game for 12 years to spend his time oversee and develop his real estate Investments.

He has made a specialty of simultaneous play having as many as thirty opponents in a single evening’s play at this style of game. In six exhibitions in Detroit, against strong players, he won 128, lost 3, drew 26, a record unequaled for the time, and when Mr. Spayth’s age is taken into consideration, little short of marvelous.

For his last five years, he had lived a quiet life in his country home, and while physically he has shown time’s inevitable marks, his mental faculties retained all of their remarkable keenness and mathematical accuracy.

Henry Spayth died in Buffalo, at his home on Aug. 9th 1904, after an illness of several months, at the age of 79 years.

A game by Henry Spayth:

Henry Spayth in the news: 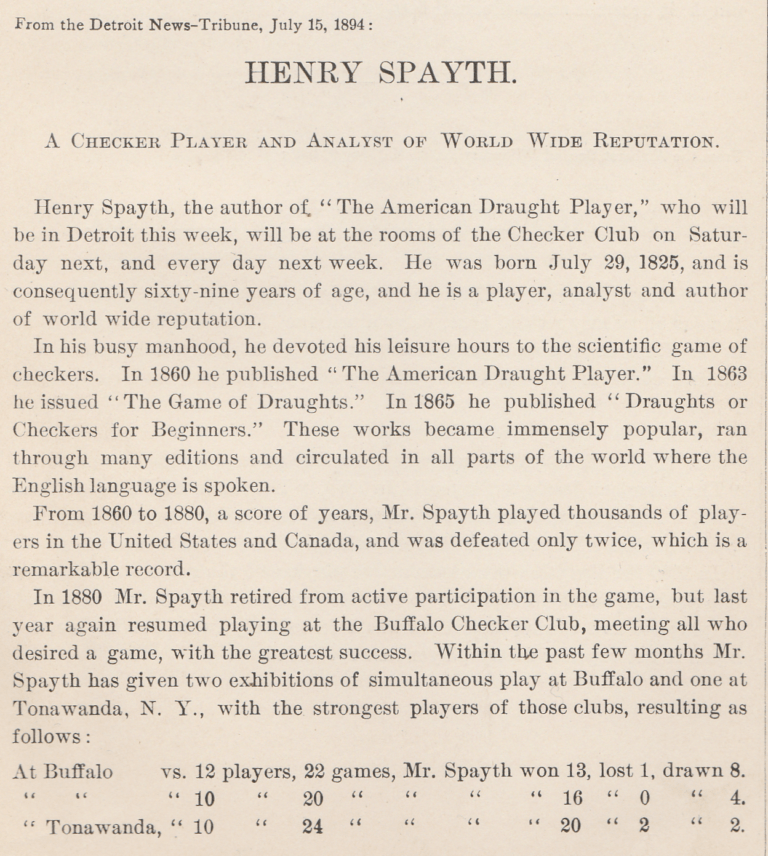 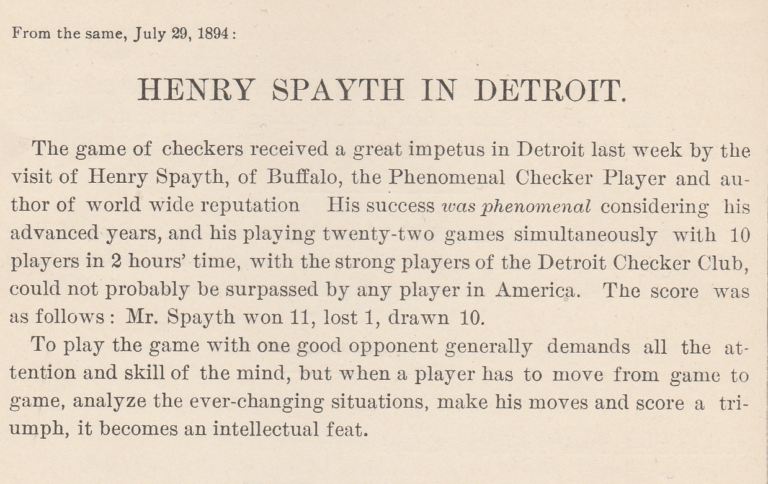 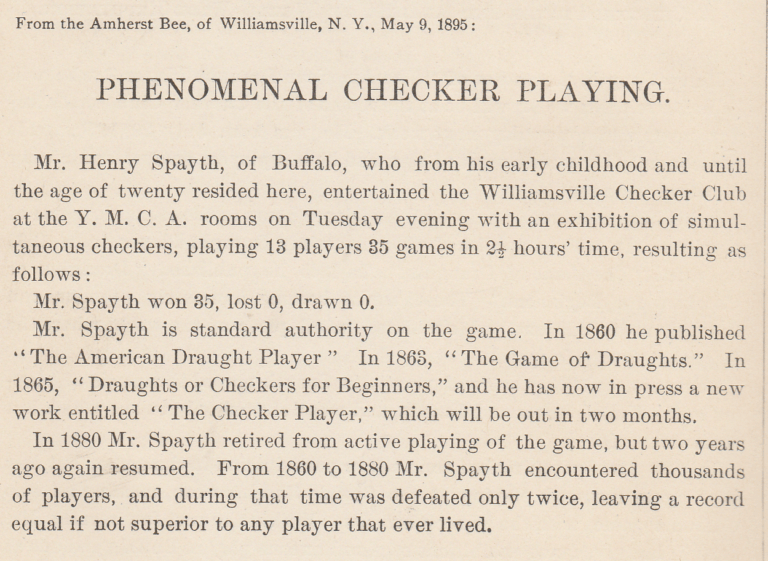