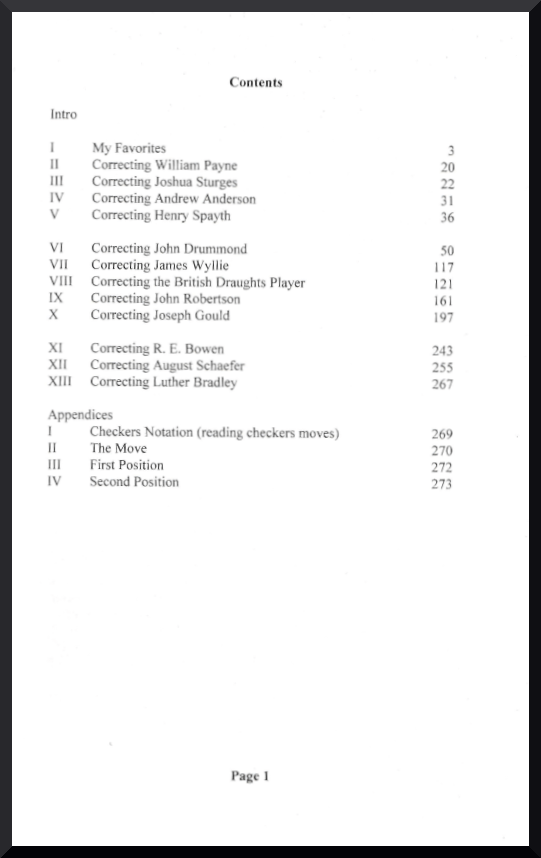 The book corrects most of the classic books but leaves out Lees’ as this is covered in another entire volume.

This is for everybody who would like to work with the old classics and have a correction on the book by todays standard.

Definitely a working guide for the aspiring player that wants to use the old masters but as well for a collector of books and completist. It is quite unusual and hard to obtain such work in one volume. A definite buy for any serious student to further the library if your into the ancient authors.