A Practical Guide to Scientific Checkers by Frank Dunne

One of the finest Analysts of early draughts in the UK and a shoemaker by trade. Back in the day, he is often named with the likes of James Lees or August Heffner. He was a regular selection to represent England in their matches against Scotland. He did run a column in the Leeds Mercury Weekly Supplement and annotated the Barker vs Smith match and the Campbell vs Reed. He did author Draughts Players Guide and Companion as well as Draughts Praxis.

It has a main index and an additional index of games listed by openings on the last two pages. 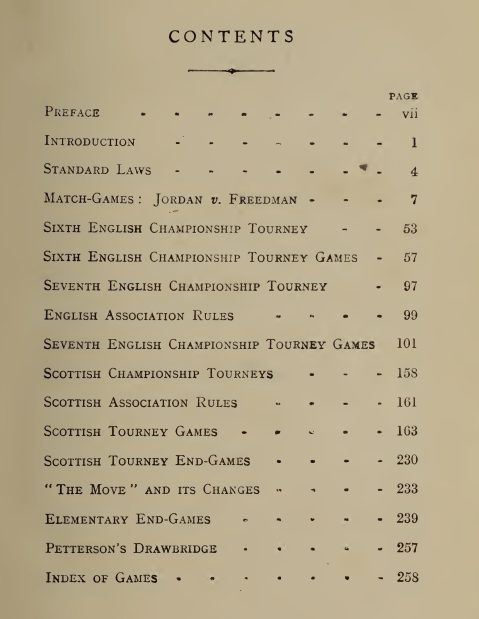 The book consists mainly of tournament play of the time and is a great source for some matches and or tournament games. It covers some other important factors of the game like the move and some problems. Historical significant in terms of matches and tournaments that are covered but not so much as an opening book. 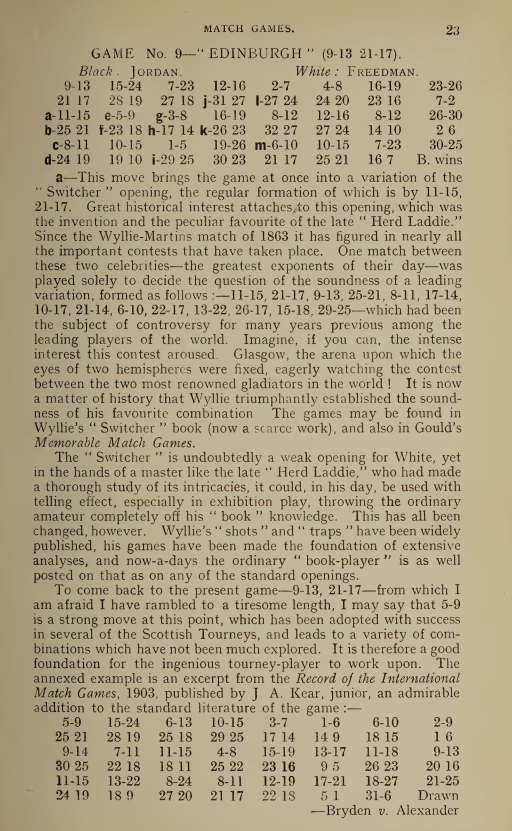 While it covers some aspects for beginners it is mainly a collection of tournament and match play games. So not for the mere beginner but more for the student looking for some good tournament games.

While it is not the first book that comes to mind that I would give to someone it is good if you are looking for some of the top-notch tournament games of the day. It is historically significant in terms of matches and tournaments that are covered but not so much as an opening book or a guide for beginners.

For the free PDF version at the library of Congress

For a reprint or an original version